AKAs involvement with Rowantree Cottage began in October 2014.  Our client had a close affiliation with the building, having spent family holidays and weekends there for a number of years. Typically the cottage was in poor repair, un-insulated and the former carpenter’s workshop which neighboured the cottage had collapsed during the previous winter.

The design approach for extending the cottage made a deliberate attempt to define old and new.  A new gable form extends South-West giving shelter and privacy in a courtyard style garden and focusing accommodation at the South away from the road.  A Garden Room at the South has panoramic views with windows at the West framing Corgarff Castle.  The gable was linked to the cottage with a flat roof form which provided a new Storm Porch and over-sized Hall which addressed the garden and connected accommodation between old and new.

In order not to dominate the existing cottage the materials palette for the new building forms were to be softer and subsidiary to it.  Precedent was taken from the collapsed carpenter’s workshop which had a wide larch board on board cladding profile.  The new building elements are clad with a combination of untreated horizontal and vertical larch cladding, a natural slate roof and alu-clad windows and doors.  An existing and less sympathetic extension at the East was over-clad in larch to read with the newer elements of the building.

The completed project has given our client a contemporary holiday home which combines the charm of the original cottage with a contemporary new build element providing increased living accommodation, maximising views from the site and giving it better connection with the garden and privacy from the road. 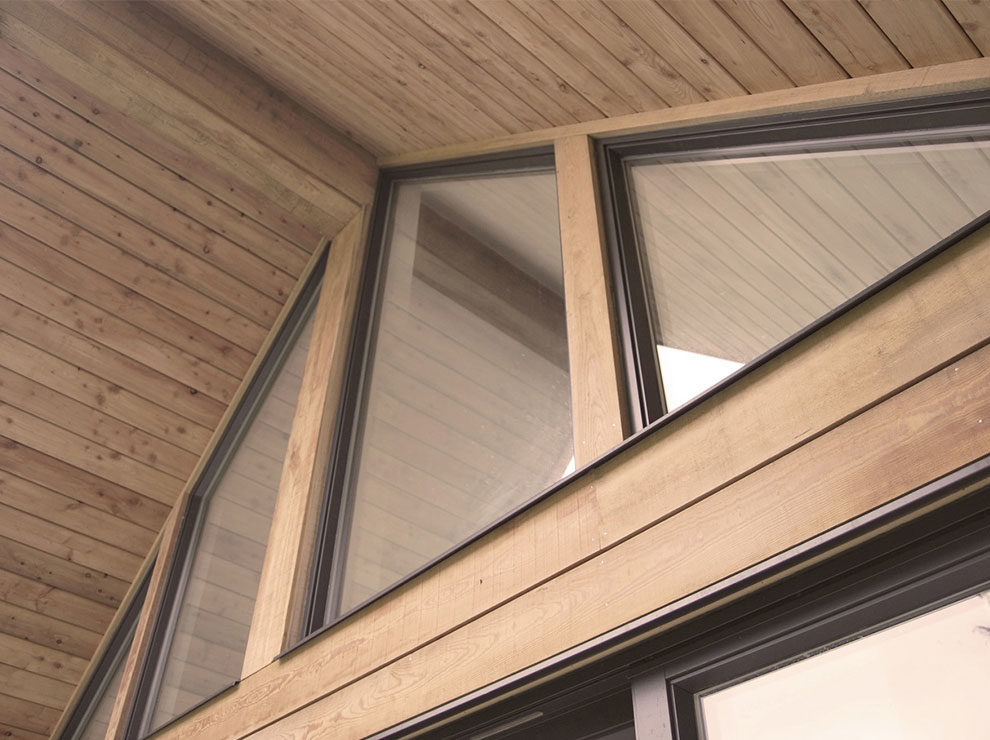 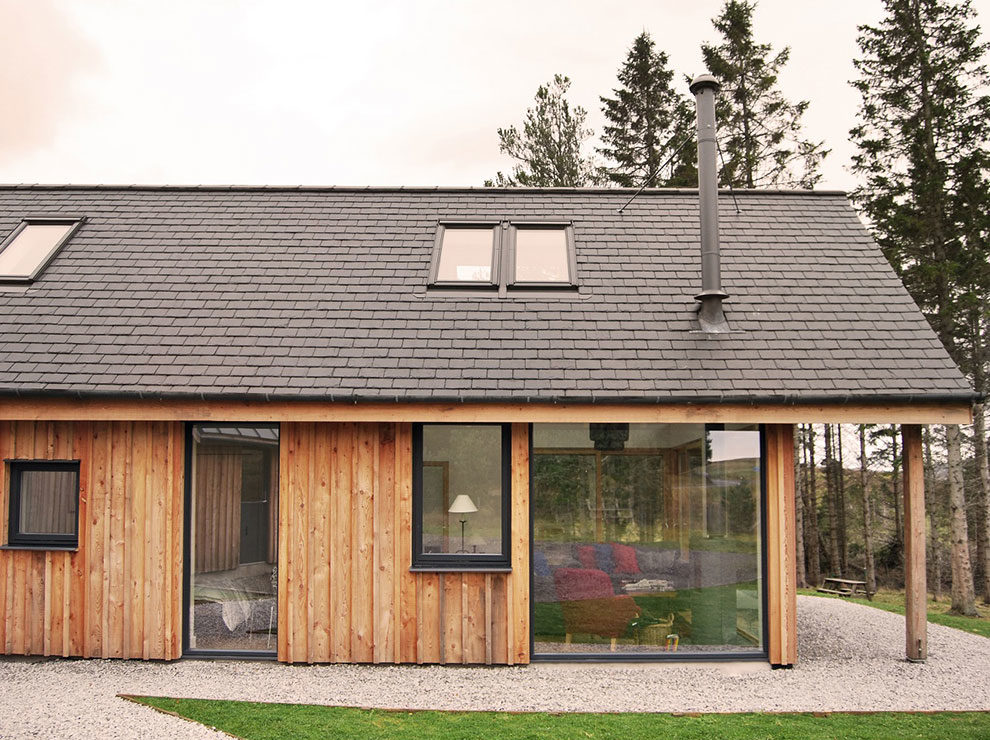 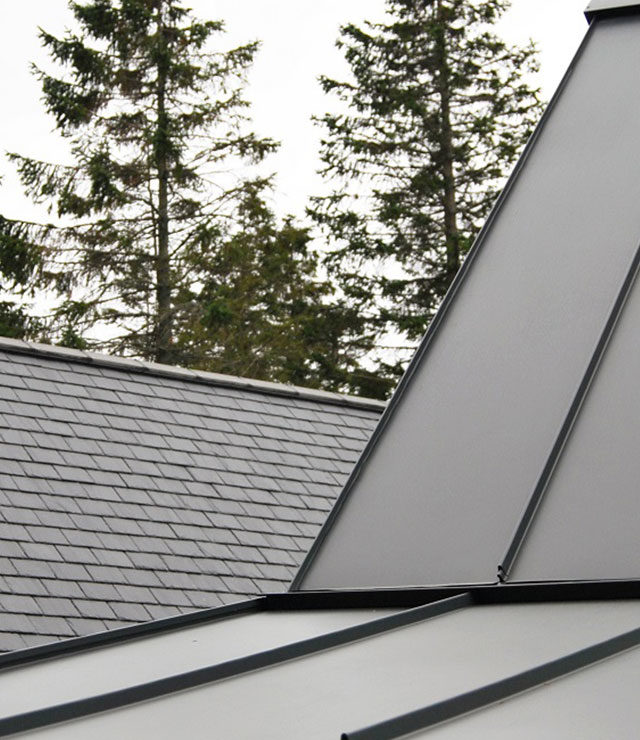 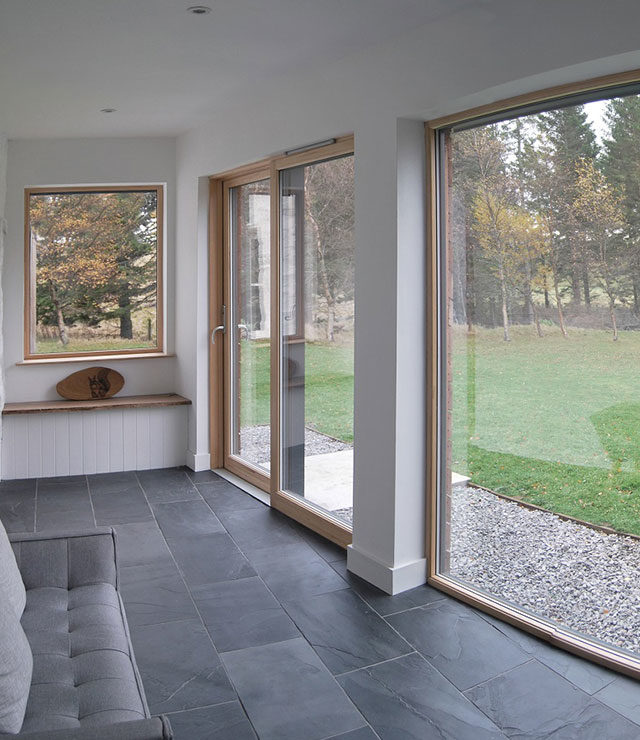 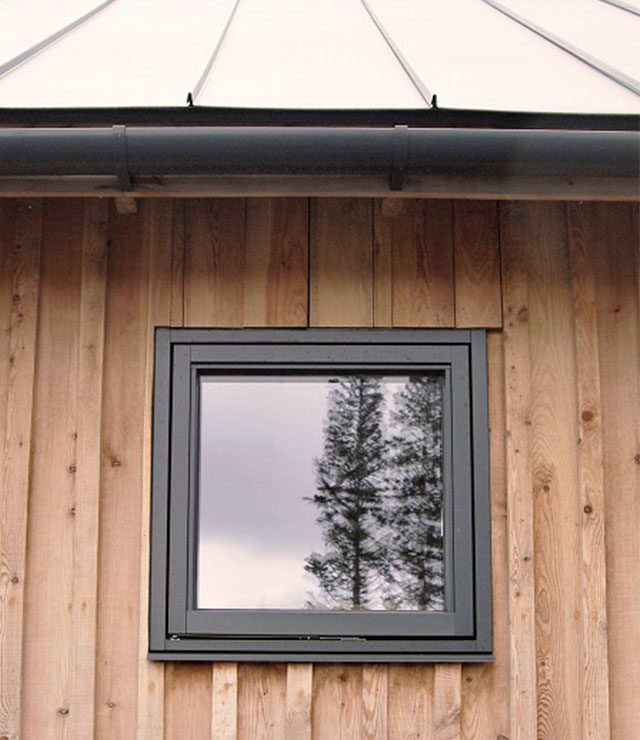